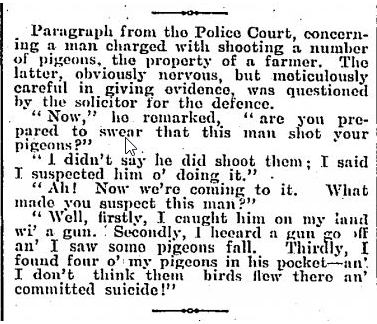 Once described as 'The Daddy of all Sporting Fixtures'; The Antient Silver Arrow, is the World's longest established and oldest recorded sporting event, dating back to 1673 and first shot for in Scorton Village, North Yorkshire.

The Society of Archers was formed at the first meeting of the Antient Silver Arrow Competition in 1673, for the purpose; to maintain Target Archery, the skill of which was largely in decline following the English Civil War.

The competition has continued annually since 1673 (except in periods of various Wars) and celebrated its tri-centenary shoot in 2008 with guest of honour The Rt Honourable William Hague MP.

The competition is open to any Gentleman Archer aged over 21 shooting in the Long Bow or any other bare bow and, since 1947, the Recurve Bow which was allowed to enter due to timber shortage and rationing in the UK following the war. Modern Compound bows are not permitted to take part.

Entry in to the Competition automatically bestows the privilege to become a Member of the Society of Archers and to dine with the Captain and other members at the annual Luncheon. A blazer or jacket and tie must be worn during the luncheon and the AGM that follows (a Society Tie is available for purchase on the day).

It is fair to say that many gentleman archers attend 'the Scorton' for the sense of the occasion - an experience that has seen some members attending continually for over 60 years and others travelling from as far afield as the America's and Australia (countries even younger than our competition!) to renew the bond of friendship and sport between gentlemen at this most antient and unique event.

It is one of the few sporting fixtures where the competitor is at his own honour to mark his own score card, to be able to enjoy and share a drink on the field of play but where or unseemly behavior, such as cursing* would result in an immediate fine of up to one whole pound and the consternation of the judges who decision is final and without appeal. Proceeds of the 'swear bag' are given to a local charity incidentally.

(* Rumour has it that the Football Association are look are looking in to a similar rule for football players - though this is yet unconfirmed - or no it's not - see 'forum'!)

If this sounds like your kind of event - we would be delighted to welcome you to World's longest established and oldest recorded sporting event - The Antient Silver Arrow.

This is Mr. C. V. Phillips who won the Arrow at Clitheroe. He was an ex-Oxford Rowing Blue and although living “dahnn saath” at the time he later became a barrister at Harrogate.

Did our Heild Well look like this Derbyshire one before they built up the walls ??  ( without the fuzzy hair , of course !! )

Read all about it in Letter from America 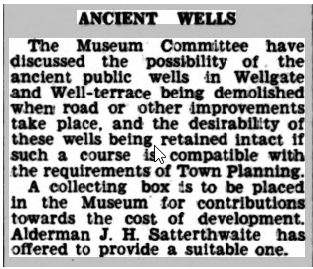 Clitheroe character named” Pea Harry” who had his establishment at the rear of the Swan and Royal but who also trundled around a cart and sold you two- penn’orth of peas – even going down to Brungerly when it froze to sell his peas to the skaters !!

Archery was performed there too -  notably one year for the Antient Silver Arrow.

I suspect that the entrance was through the farmyard opposite the Edisford Bridge Inn....   the club had the field fully drained,  which probably accounts for the rich, green grass .