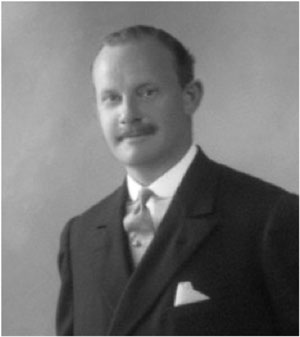 The Clitheroe Advertiser and Times of Friday June 11th, 1937, contained its usual mishmash of news articles and adverts. It reminded us that we could see the film “And so they were Married” starring Mary Astor and Melvyn Douglas at the Grand, “Anthony Average” at the King Lane Picture Hall, or “Klondike Annie” starring Mae West and Victor McLagan at the Palladium on Waterloo Road.

Wellgate Motors were selling new Vauxhall “12” and “14” motor cars for £195 or, for the more discerning, a “25” for £298. Redmayne & Read of 8 Market Place were advertising flannel trousers for 18/11 whilst next door W.D.Cunliffe’s reminded people that they sold:

Every Leading Brand In Stock

Clitheroe were standing 4th in the Ribblesdale Cricket League. The letters page contained missives complaining about “Fascist Theories” by someone signing themselves “Anti-Fascist’’, EP wrote about “Catholics and Communism”, and Scrutator deplored “The Bombing of Guernica” in the Spanish Civil War, although these polemics were leavened by the reminder to “Look after your Dogs” from the Secretary of the Tail-Waggers Club, who was concerned about the hot weather.

The town’s MP cropped up twice in the editorials: He had presented the prizes at the Inter school Sports Day at Chatburn Rd Cricket Ground for the 2nd year running, having donated 2 of the 4 Victor Ludorum cups. He congratulated J. Christison for winning the 100 yard Senior boys race, reminding the crowd that he himself had won the 100 yard race whilst at Eton. Alma Nixon was victor of the Senior Girls 80 yard race and the Egg & Spoon race was won by the steady hand of F. Alston.

The MP had brought a cine camera with him and took several films of the competitions, mainly in colour.

More importantly, however, the main editorial of that issue was headed:

The Turret or Pinnacle had already been erected in the Castle grounds but Sir William also undertook to finance the building of “a rose garden and surrounding walls”. It will be, he said, “a permanent memento of the crowning of King George VI and Queen Elizabeth” and, at the same time, give concrete expression to Sir William’s affection for the old borough he represents at Westminster.

After the formal ceremony of passing the pinnacle to the Corporation, he was entertained to dinner by the Town Council and, later that evening, presented with a silver tray “as a token of esteem, appreciation of his services and generosity to Clitheroe”.

In his speech, Sir William gave some details of the pinnacle; “The sandstone on which the turret is formed has not weathered well in London and much of the masonry of the Houses of Parliament has been replaced during recent years. Several turrets have had to receive attention but the one in the castle grounds is the only complete turret removed and sold”. He further stated that the stone had been specially treated and is now expected to last for generations.

Sir William Brass (he was knighted in 1929) arrived in Clitheroe approximately 12 months before fighting the 1922 General Election as the Conservative and Unionist Party candidate. This was the first General Election since the end of the 1st WW and the coalition of Liberals and Conservatives led by David Lloyd George had now come to an end. The Liberal Party were themselves split and would not even put up a candidate in Clitheroe, which had been a Labour seat since 1902. Here, then, it would be a two horse race, Labour v Conservative, and with that 20 year history, Labour were judged most likely to win.

The constituency included not just Clitheroe but stretched as far as Padiham and Briercliffe and, as the mills were still the mainstay of local industry, Labour seemed the dominant party.

Despite canvassing around the constituency in his car with a Kate Greenaway doll on the tonneau cover as a mascot, Brass’s eloquence, bonhomie AND the assistance of local Liberals swung things his way. There was a huge turnout: 84.4% of the total electorate of 33,394 had voted.

declaring Brass the winner with a majority of 2,675. The following Friday, the Clitheroe paper sported a large advert which read:

THE WINNING SMILE
The whole of the Photographs used by
CAPTAIN BRASS
in his election campaign, were produced from Photographs
taken exclusively by
T. S. HARGREAVES
King Street, Clitheroe
We produced his “Winning” Smile – Can we
produce yours – for Christmas?

Sir William Brass, known to friends and colleagues as “Billy” had been a good choice for the Clitheroe Constituency. At the age of 36 he was tall, good looking, well spoken and approachable. He had an interesting war record and had gone to Cambridge University. He had business interests and was wealthy.

Born on 11th February 1886 into a well heeled family at “Abbotsleigh” Church Road Upper Norwood, SE London, he would have one sibling, a sister. He was named William for his father and grandfather, both of whom had been well established Builders and Contractors in London. They worked on large commissions – an example of his grandfather’s work stands at 13 Kensington Sq., London, whilst his father built a prestigious office & showroom complex at 77 Faringdon Rd., London.

In 1889, William, age 13, was sent to Eton College. There appear to be no class, house or other records remaining at the college but he is on record as having won the Public Schools 100 yard race in 1904, his last year at the school.

By this time his family had moved to 27 Brunswick Terrace, Hove, a large regency mansion on the sea-front. The 1901 Census record shows they employed a butler, cook and two housemaids. On the day of the census, his father’s brother plus cousin and wife were also there but we have no confirmation whether they were permanent residents.

From Eton, William now entered Trinity College, Cambridge as a “Pensioner” (a fee paying student) in 1904. Although he matriculated (i.e. was officially entered into the register of the University) in his first year there and served 3 years, he took no exams and didn’t graduate. This was not uncommon at this time.

He was a member of the Boat Club but nothing has come to light to indicate that he was an active member. He was an athletics blue but didn’t quite hit the form he’s shown at Eton, coming 2nd in the 100 yards race against Oxford.

No information has come to light regarding Brass’s whereabouts immediately he left Cambridge in mid 1907 though he may shortly have gone into the Surrey Yeomanry, which became part of the Territorial Force in 1908. He did say that he had joined the Yeomanry “some years before the war and in consequence of a knee injury transferred to the Royal Flying Corps in 1915”. Incomplete war service records at the National Archives only appear to show his record from 10th August 1915 and that he applied to the Balloon Company in the following September. There is a photo record from the Royal Aero Club, which undertook pilot training for the RFC, for 2nd Lt William Brass dated 15th September 1915. He served as a pilot on the Somme, Egypt and Italy.

In his political career as PM for Clitheroe from 1922-45 he held various government posts. He was, in order:

A keen amateur film maker, he was Chairman of the British Film Institute for a time and one of his films, of a foreign parliamentary trip, is still in its collection. He was a director of the Guardian Assurance Company and Chairman of St John’s Hospital, Lewisham

He died in London in a private clinic at 20 Devonshire Place on 24th August 1945, soon after being elevated to the Peerage as Baron Chattisham of Clitheroe.