More Talks & Meetings...
If Talk/Meeting then a Review here:

At their March public meeting , Civic Society members and their guests were taken on a historic journey by local historian , John Lambert, - from Shawbridge via Peel Street and Whalley Road to Primrose ; then onwards via Littlemoor and Hayhurst Street to Pendle Road ; every inch of the way was peppered with historic facts - be it ancient houses or back to back cottages , both alike being demolished in the 1960’s clearances in the name of modernisation or new transport links …. old date stones and modern revolving doors , spoken of almost in the same breath ……..and dare we say, pubs which served after hours !!! Snippets of generally little known or even unknown information, dropping into the presentation already prepared , like little nuggets of gold.

To the uninitiated it was a veritable magic carpet ride as the low hum of conversation throughout testified ; the inquisitive asking their neighbours where the next image was situated , before the master could reveal with aplomb - – the situation –the owner - the year - the plans – the indentures and, quite often , the price paid for the building in question.!!

John’s knowledge and memory of his town are unbelievable as this last presentation of three proved - - it will be a hard act to follow !!

The Archaeology of the Ribble Valley David Johnson

The Archaeology of the Ribble Valley

The History of Shaw Cottage Shawbridge 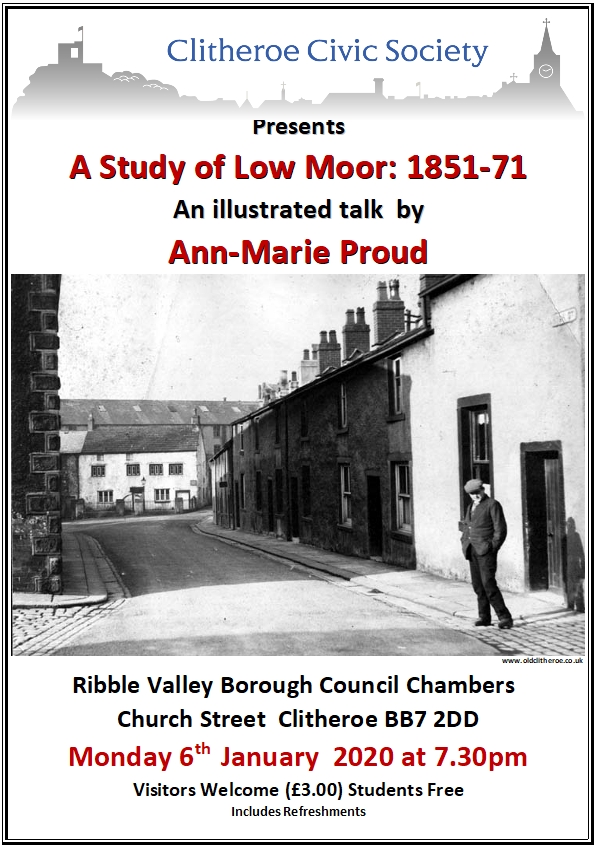